What You Should Know About Sexual Abuse in Public Schools 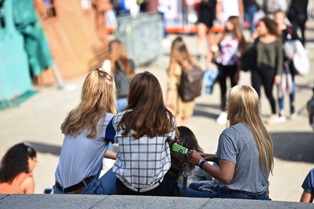 Parents send their kids to school to receive an education and learn social and life skills needed to eventually become successful adults. A public school environment can expose students to many wonderful learning experiences.

Unfortunately, in some cases, it may also subject them harm or even abuse.

For example, a multi-year study conducted by The Associated Press found the sexual abuse of students by personnel to be a prevalent, but often unreported, problem in American public schools. While many parents may be tempted to think “it couldn't happen here,” child sexual abuse can happen just about anywhere, even in the best districts and schools.

Children are often taught from a young age to trust, obey, and respect teachers and other public school officials. When these same people betray their trust and sense of security, it can leave child sexual abuse victims with long-lasting trauma. If your child was sexually abused at public school or by someone affiliated with the school and sustained physical or psychological injuries, they may be entitled to compensation.

Public Schools Have a Duty to Protect Students

Public schools receive federal funding and because of this, are bound by Title IX requirements, which prohibit discrimination on the basis of sex, including sexual harassment and abuse. Prohibited conduct can include sexually-based comments or behavior, unwanted sexual advances, sexual abuse, or sexual coercion.

Under Title IX, schools must:

Public schools that fail to swiftly and thoroughly investigate child sexual abuse claims against teachers or other employees, or neglect to take appropriate corrective action, may be open to lawsuits based on violation of Title IX standards.

Watch For These Potential Signs of Abuse

Sexual predators are often drawn to fields that give them authority over potential victims—and that same air of authority can make their colleagues hesitant to question their actions.

However, that in no way means sexual abuse in public schools is undetectable. Administrators and parents can watch for grooming behaviors, which predators often use to earn a victim's trust, isolate them from others, become a central figure in the student's life, and swear them to secrecy.

Examples of common grooming behaviors include:

Grooming can be a huge red flag for sexual abuse, especially when combined with unexplained changes in a child's behavior. Potentially concerning behavioral changes can include:

Teen and adolescent sexual abuse victims may respond to their trauma by:

They may also experience psychological issues related to their trauma, such as anxiety, depression, or post-traumatic stress disorder (PTSD).

Getting Help After Child Sexual Abuse

If your child was the victim of public school sexual abuse, you can seek justice for them through both the criminal and civil court systems. Report the violation to local law enforcement to trigger an investigation that could lead to criminal charges.

In civil court, you can seek financial compensation for physical or psychological injuries your child sustained as a result of abuse. While a financial award can't turn back the clock and prevent your child from this crime, it can help ensure that they have the funds necessary to receive the treatment and support they need.

Depending on the circumstances of your case, you may have grounds for a personal injury claim against the perpetrator, as well as claims against the school or district based on a Title IX violation, breach of contract, or negligent hiring and supervisory practices.

Consult an Attorney About Rights and Options

Was your child the victim of public school sexual abuse? Were you sexually abused while attending public school as a child? The knowledgeable and skilled attorneys with DRZ Law Firm can help you understand rights and options, as well as the types of evidence that could be useful in your case.

The team in our Leawood, Kansas office can represent public school sexual abuse victims in Kansas City, Missouri, Kansas, and across the U.S. Contact us today to schedule a free case consultation.