What You Need to Know About Reporting Child Abuse in Missouri 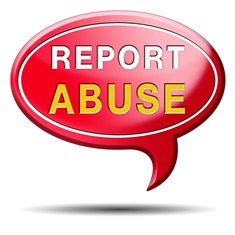 Child abuse is a persistent problem throughout the United States and sadly, Missouri is no exception. According to the Missouri Department of Social Services' Children's Division (CD), the state's Child Abuse/Neglect Hotline Unit (CANHU) received nearly 130,000 reports in the 2017 fiscal year alone (July 1, 2016 through June 30, 2017). Of those reports, more than 68,000 triggered investigations or assessments involving more than 98,000 children.

Because the CD can't be in every home ensuring the safety and well-being of each child, it relies on mandated reporters and members of the community to alert them to suspected abuse or other issues that put children at risk.

Reporting child abuse in Missouri is simple. Here's what you should know.

How the State Defines Child Abuse and Neglect

Missouri's legal code defines child abuse as “physical injury, sexual abuse, or emotional abuse inflicted on a child other than by accidental means by those responsible for the child’s care, custody, and control.” Abuse victims also include victims of sex trafficking and other forms of trafficking. Additionally, the state definition of child abuse exempts “discipline administered in a reasonable manner,” including spanking.

Neglect is defined as failure to provide “the proper or necessary support, education as required by law, nutrition or medical, surgical, or any other care necessary for the child’s well-being.”

While disclosing suspected child abuse is the moral duty of anyone who encounters it, for some people, reporting potential cases of abuse or neglect is also a legal duty. People in professions that routinely work with children are considered “mandated reporters,” which means they're legally required to report suspected or disclosed abuse. In Missouri, mandated reporters include:

For mandatory reporters, failing to report cases of abuse or neglect is a Class A misdemeanor that carries the possibility of fines and/or jail time.

When and How to Report Abuse

Mandated reporters who have reasonable cause to suspect a child may be or may become the victim of abuse or neglect are required to file an immediate report with the CD. This can be done by calling CANHU at 800-392-3738. The hotline is staffed 24/7, 365 days a year. Non-emergency reports can even be submitted online through the DSS website.

When filing a report, it's important to provide the following information:

Reporters will also be asked a series of questions to learn more about their concerns, such as:

Was Your Child a Victim of Abuse?

This news is both heartbreaking and infuriating. Despite your best efforts to keep them safe, someone hurt your child, leaving them with physical or psychological injuries. If this abuse occurred at a daycare, camp, school, or other childcare facility; or you've learned a mandated reporter turned a blind eye to the abuse your child faced, allowing it to continue; you have grounds for a negligence-related civil lawsuit.