Schools Protect Teachers Who Have Sexually Abused or Assaulted Children 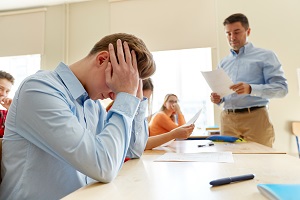 In a horrible miscarriage of justice, teachers who have sexually assaulted or abused children often have the option of moving on to another job that continues their contact with children. In 2016 the Boston Globe reported the situation in private schools:

“The Globe Spotlight Team, as part of its ongoing investigation of sexual misconduct at the region’s private schools, identified 31 educators since the 1970s who, after being accused of sexually exploiting, assaulting, or harassing students, moved on to work at other schools or other settings with children, sometimes with a warm recommendation letter in hand.”

What’s Wrong with This Picture?

This practice simply should not happen. An adult who has abused the power of his or her position to abuse a child should not be around children again. A school that continues to employ or decides to re-employ such a teacher demonstrates a callous disregard for the safety of the kids in its building.

In particular, this practice seems to happen all too often in private schools, where it has even gained a nickname: “passing the trash.” The Globe reports that private schools worry about tainting their reputations, and so dismiss offending teachers quietly—often with a sterling recommendation that allows them to find a job elsewhere. Private institutions tend to be more secretive, so there have been few studies showing how common this practice has been.

The problem is not limited to private schools, however.  A federal study has found that perhaps ten percent of students in public schools have had to deal with sexual abuse or harassment. In some cases, public laws securing student records have kept the facts from coming out. In other cases, schools are afraid that an unfavorable disclosure will lead to a lawsuit from the teacher who has been fired. And sometimes the students and parents involved have been forced to sign confidentiality agreements to keep the full story under wraps.

The Safety of Children Should Be the Concern

Keeping our kids safe has to be the top priority.

The civil law system gives us a tool to help guard our students from predatory teachers. At DRZ Law, we have been able to use legal action to force schools to act responsibly. We can make sure a bad teacher doesn’t move on to victimize others.

If you have legitimate fears for your child’s safety at school, please make an appointment to discuss your situation with one of our attorneys. We want to let you know how we can help.